“Dealing with Sediments from Mountains to Nearshore Environments"
​
​June 13 to 17, 2022 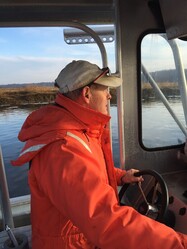 Dr. ​Duncan M. Fitzgerald.
​Latitudinal Differences in Marsh Sedimentation Processes
Dr. Duncan FitzGerald is Sedimentologist-Marine Geologist who has spent four decades studying sediment transport and hydrodynamics from the inner continental shelf to the onshore estuaries, barrier chains, tidal inlets, backbarrier wetlands and lagoons, and river deltas. Much of his present research is focused on the impacts of climate change including effects of sea-level rise and increased storminess on coastal systems. His present projects include: 1. Hurricane sedimentation on US East Coast marsh systems, 2. Storm-induced sand transport into tidal inlets, 3. Hydrodynamic modeling of backbarrier systems in a regime of SLR, 4. Drumlin erosion in Boston University forced by SLR and increased storminess, 5. Storm-induced headland sediment bypassing recorded in embayment beach ridge systems, and 6. Signals of high marsh conversion to low marsh due to SLR. FitzGerald is a professor at Boston University and his lab consists of five PhD students, several undergraduate assistants, and two research professors. 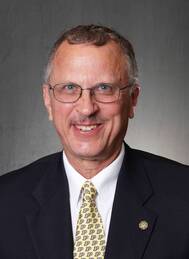 Dr. ​Dennis Flanagan.
​Assessment and Modeling of Climate Change Impacts on Soil Erosion
Dr. Dennis Flanagan is a Research Agricultural Engineer and Lead Research Scientist at the USDA-ARS National Soil Erosion Research Laboratory, located on the campus of Purdue University in West Lafayette, Indiana.  He is also an adjunct Professor of Agricultural and Biological Engineering, at Purdue University.  Dr. Flanagan is the Leader of the Water Quality CRIS project at the NSERL, and the Leader of the Water Erosion Prediction Project (WEPP). Dr. Flanagan has conducted both field and laboratory studies, and performed laboratory studies of rill detachment and deposition as affected by inflow of sediment, flow depth, and rainfall intensity interactions. Other work has examined the effectiveness of soil amendments at protecting steep slopes during the critical period of permanent vegetation experiment. 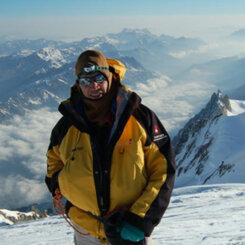 Dr. ​Juan Pablo Milana.
​Climate change effects on sediment transport cycles from source to sink
Dr. Juan Pablo Milana is Principal Investigator of CONICET (Argentina) and Full Professor of Nivology and Glaciology at Universidad Nacional de San Juan. He has been a fellow of the Humboldt Foundation (Germany), Royal Society (United Kingdom) and NASA (USA), and has obtained funding from numerous international sources throughout his career, such as the British Council, Cornell University (USA), University of Leeds and Aberdeen (UK), as well from several university/industry consortia between. He has numerous scientific publications, and is among the researchers with the greatest impact in San Juan. He keeps international academic collaboration with Germany, USA, United Kingdom, Chile and Brazil. He has been consultant for oil companies on sedimentary basins and environments, and for NGOs and mining companies on environmental issues and resources management. He started the glacier defense action in Argentina and promoted the first environmental public hearings for dams in virgin rivers of Patagonia before the Supreme Court. He is also a mountaineer, was president of Club Andino Mercedario, organizing the Search and Rescue Group and the Provincial School of Mountain Guides. He has climbed the highest mountains of San Juan, and climbed in Cordillera Blanca of Peru, Cordillera Real of Bolivia, Torres del Paine and Fitz Roy in Patagonia, Everest (reaching 8650m) and K2 in Karakorum. 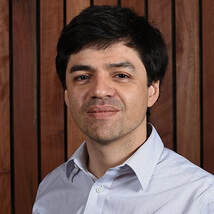 Dr. ​Cristián Escauriaza.
​Lagrangian and Eulerian Perspectives of Turbulent Transport Mechanisms in Surface Storage Zones
Dr. Cristián Escauriaza is Associate Professor of Hydraulic and Environmental Engineering at the Pontificia Universidad Católica de Chile. Cristián specializes in environmental fluid mechanics and sediment transport in fluvial and coastal systems. His research focuses on the study of complex turbulent flows in nature for a wide range of scales, and on the characterization of transport processes in aquatic environments via numerical simulations, nonlinear dynamics, and statistical analyses. He is associate researcher of the Center for Integrated Disaster Risk Management (CIGIDEN), and PI of the marine energy center MERIC in Chile. 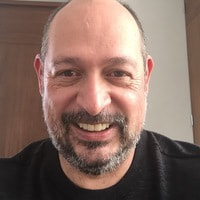 Dr. ​Alejandro Souza.
​Effects of freshwater on suspended sediment transport in the coastal ocean
Dr Alejandro J. Souza is a Physical Oceanographer with more than 30 years of experience. His research encompasses coastal ocean processes, with emphasis on baroclinic effects, turbulence, and sediment transport. He has a strong interest in the physical controls of the coastal ecology and carbon dynamics. Dr Souza is a researcher in CINVESTAV, Mexico, since 2017, after 20 years in the National Oceanography Centre/Proudman Oceanography Laboratory (UK), where he was the leader of the coastal processes group from 2005 to 2015.  He has also been a Visiting Professor at the University of Liverpool. He has more than 90 research articles and has directed 15 PhD theses. He has been editor of Ciencias Marinas, Ocean Dynamics, Journal of Coastal Research and Journal of Geophysical Research-Oceans; and is current Editor at Continental Shelf Research and Frontiers in Marine Sciences. He is member of the academia Mexicana de Ciencias.